The aim of the project was to carry out industrial research, design and implementation of a production series of voltage source inverters for induction motor drives operating without speed sensor. Induction motors are sensorless controlled, using the original method of inducion motor speed and state estimation, which so far has been implemented in costly and complex systems with digital signal processors (DSPs) and separate analog-to-digital converters. Innovation of the design is the result of the use of the latest ARM processors with the CPU executing floating point operations. These processors also feature built-in controls peripherals necessary to control induction motors and communication with the operator and external systems. 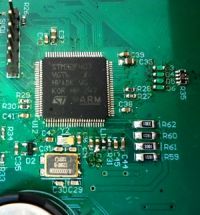 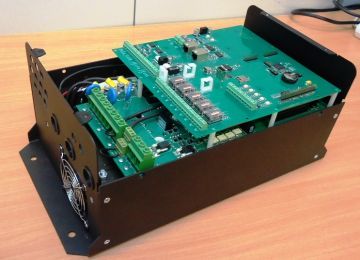 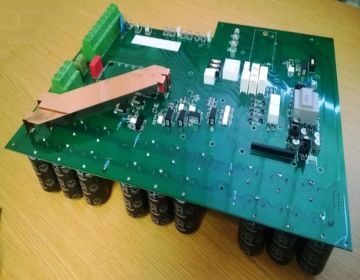 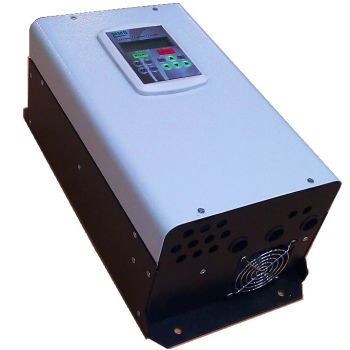